MobileSync is an all-in-one iOS data transfer software to sync iOS data like contacts, videos, songs, photos, etc. between iPhone/iPad/iPod and PC. Moreover, it enables you to make iPhone ringtones and backup/restore iPhone contacts and more. 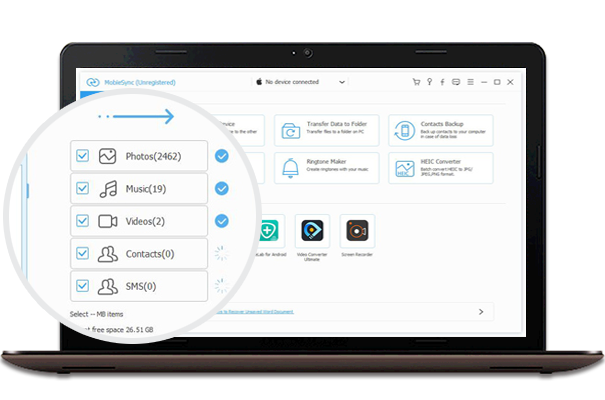 Providing The Most Efficient And Best Solutions For iOS Users To Transfer/Backup/Restore Data, Make Ringtones For iDevices And Convert HEIC To JPEG/PNG.

One click to back up your important contacts from iPhone, iPad other other iOS devices to computer.

Restore contacts and more from your computer to iPhone, as well as any other supported iOS devices.

HEIC Converter: Convert your HEIC photos from HEIC format to JPEG/PNG format without any quality loss, so that you can open the HEIC photos on your computer.